The American Hockey League in 1981-82 consisted of just eleven teams, five in the Northern Division and six in the Southern Division. Three head coaches from that AHL season went on to be Coach of the Year in the National Hockey League and were honoured with the Jack Adams Award. 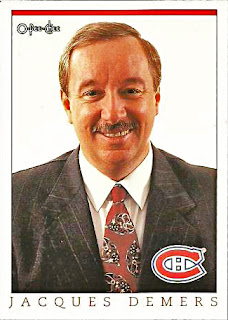 In his first two years as head coach in Fredericton, his only two in the AHL, Demers had a less than stellar season. The Express finished last overall and fifth in the Northern Division with a dismal record of 20 wins, 55 losses and five ties for 45 points over the 80 game schedule.


In both years, the Red Wings reached the third round of the Stanley Cup playoffs. In 1985-86, the year before Demers arrives, Detroit was pathetic. The Red Wings finished last overall in the NHL that season with just 17 wins and six ties for 40 points while losing 57 of 80 games.


In 1986-87, the Red Wings placed second in the Norris Division and reached the Stanley Cup semi-finals before bowing to the mighty Edmonton Oilers in five games. The following year, Detroit improved to first in the Norris but once again fell to the Oilers in the semi-finals. 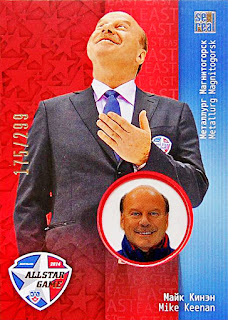 In Iron Mike’s second of three years coaching the Americans, Rochester finished second in the Southern Division and fourth overall in the AHL. The team fell to the Binghamton Whalers in the Calder Cup semi-finals, losing four games to one.


Just three years later, in 1984-85, Keenan was coaching in his first NHL season. He led the Philadelphia Flyers to a first place finish in the Patrick Division and a first place overall finish in the NHL. The team won 53 games and totalled 113 points. It was plenty enough to earn him the Jack Adams Award. It was his first of four years with the club.


The Flyers swept the Rangers in three games in the first round of the playoffs. They then beat the New York Islanders in five and the Quebec Nordiques in six to earn a berth in the Stanley Cup finals. Like Demers, it was the Edmonton Oilers that got in the way of Keenan and the Flyers. Wayne Gretzky and the Oilers beat Philadelphia in the finals, four games to one, to capture the Stanley Cup. 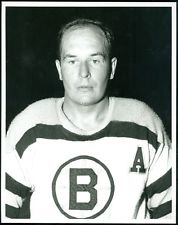 Tessier made his only year in the AHL count. The Hawks finished first overall during the regular season. New Brunswick then plowed through the competition to capture the Calder Cup championship. In the final series, Orval’s boys took out the Binghamton Whalers in five games.


The following season, Orval Tessier was behind the bench of the NHL’s Chicago Blackhawks. The 1982-83 Blackhawks finished first in the Norris Division with 47 wins and 104 points, good for fourth overall in the NHL.


In the first round of the playoffs, Chicago beat the St. Louis Blues three games to one. In the following round, it was another quick series as the Blackhawks downed the Minnesota North Stars in five. Like Keenan and Demers, the road block for Tessier was the Edmonton Oilers. The teams met in the semi-finals with the Oilers sweeping the series.